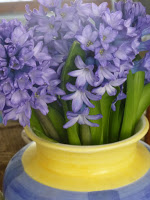 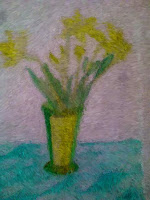 Those Who Undo the Good That is Done
We Spiritualists and those of other religions constantly send out ‘healing
thoughts’ to those who are suffering mental and physically illnesses. Yet,
those who survive through our healing thoughts, medical treatment, and with
their own positive attitude are in for a shock as individuals and the
establishment make their life hell.
A professional footballer who had to have an eye removed in 2006 and still
playing football has had to suffer abuse from fellow players and fans.  Horrendous that fellow players should act in
such a way, but for fans to throw fake eyeballs onto
the pitch in mockery of the player is the lowest of the low. Still staying with
football, the treatment of another player hit the headlines.  A footballer who has suffered from depression
and tried to take his own life has been called ‘psycho’ and mocked for slitting
his wrists.  The torment has again not
come only from fans, but also fellow players.
A team cannot vet everyone that comes through the turnstiles, but can
they remove a player from their payroll who acts in such a way.
If
that is not bad enough we live in a society where those who have survived
cancer and other life-threatening diseases are treated like lepers.  After suffering pain, stress and in many
cases severe financial hardship, their worries are far from over. When these
survivors should be looking forward to years they did not think they would
have, they are in many cases treated like pariahs.
Cancer
survivors needing a relatively simple dental procedure have to struggle to find
a dentist to treat them.  And others
barred from receiving even the gentlest of spa treatments simply because they
had had the disease. Relaxing facial, massage or eyebrow wax has been deemed
out of the question. It has also been reported that a large number of spas have
rules banning staff accepting cancer patients.
The blame for these refusals?  Said to be on insurance policies and unproven
fears that treatment such as massages could worsen a patient’s condition. From travel insurance to problems obtaining a
mortgage, many people find their cancer has left them as second-class citizens.
We must
continue what we are doing but also go up a gear to help those I have
mentioned.  Emails/letters to our
politicians and give donations if we can and even volunteer to groups who fight
such prejudice. 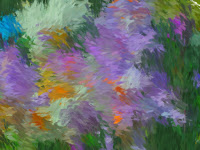 Ouija Boards for Children
The other day I received an email advertising Ouija boards.  As I looked down the list of boards for sale
I was surprised to see how many there were on the market from prices £10 – £120
+.  I was just about to condemn the email
to the recycling bin when I noticed that some were aimed at children.  On further investigation I found that toy shops
were selling this product with retailers and manufacturers recommending
suitable for 6-years-olds and upwards.
The Ouija board in itself is not dangerous if handled in the
correct manner and used by those who know what it is all about.  Used in the wrong hands especially when those
participating are under the influence of drink, drugs and treating it as a bit
of fun, it can be most dangerous. With nasty situations coming to the fore many
years along the line.
Many a time I’ve been asked to see someone who is being troubled by
spirit in one way or another.  Asking my
usual questions trying to find a reason as to why Spirit is making themselves
known and acting the way they have been doing.
If a pattern is not starting to show I ask “Have you ever used a Ouija Board?”.
If the answer is “No” I
continue with further questions.  If I am
still getting nowhere as to why this problem exists, I again ask about the
Ouija board, but this time go a little further with my question.  “Have
you ever been in a room where such a board was being used {abused) even if you
did not take part in anything connected with it?”  This time on many occasions the answer is “Yes” and is followed with “That was when I was at university etc and it
was 30- 40 years ago.”
Through time I noticed this new pattern starting to show.  Even being in the periphery of
this board being used (abused) can be enough to leave one open to problems with
Spirit in years to come.  I am not trying
to scare anyone, but this is what I have found happening to some individuals
even after a considerable length of time.
In almost all cases the situations I have been involved with, they have
not been severe, but severe enough for the person involved.   On the
two occasions I have had to deal with victims who had actually used the board
for fun their experiences were much more serious.   With those not having taken part in such
experiments I look on the offending spirit as a bully.  And as we all know
bullies in this dimension abuse their victim all the more if they see them
getting upset.  It is no use telling the
victim Just ignore what is going on”.  There needs to be help from those who know
what they are doing.
So, targeting such a product at children and selling them in
toyshops is diabolical.  Even having them
on sale for adults is not something to be desired.  I am writing to my MP and MSP asking them
their views and will let you know what they say in my next blog.

Your Chance to Make a Difference
This is the time for our AGMs and I hope members of churches turn up in
great numbers and take things seriously.
Here is your chance to play your part and shape the future of your
church and religion.  Don’t vote for your
friends vote on to the committee those you feel will be an asset to the church
and it’s future.  Vote for the person who
will play an active part and not sit back proudly wearing the badge of
‘committee member’.  Speak up at the AGM
let the committee know your likes and dislikes about the way the church is
run.  This of course can be done at any
time of the year by talking to a committee member or putting a letter into the
suggestion-box.  Something every church should
have.