I started this site in 2011 and this is the longest gap in updating my blog since then.  Thanks to all who asked me to continue with my comments.  And speaking of this blog the other day it passed the 30,000 marks as far as visitors to the site is concerned.
My Diary…
July…
10th –  The Glasgow Association. SNU.  The Tuesday afternoon service is always a busy service
16th  ASK Dunfermline. Services are held in Touch Community Centre, Mercer Place, Dunfermline.  This church was founded in 2004 and since then has been at the forefront of spreading the knowledge of
August…
22nd – ASK Cumbernauld – Services held Tuesdays at 7.15 pm Greenfaulds community rooms in Lochinvar Road.  G67 4 AR.  The is one of the busiest Spiritualist Churches in Scotland and has been since the day it opened its door ten years ago.  I shared the service with fledgling Patricia Millon and was impressed by her address and clairvoyance.  Patricia is sitting her one of the SNU exams and if the night we shared the platform was anything to go by she will do well.
September…
8th – 12th – The Glasgow Association of Spiritualists. SNU.  6/7, Somerset Place, Glasgow G3 7JT.  A busy time where the medium takes four services, a development circle and private sittings during their five days there.
16th =- Bon Accord Spiritualist Church Aberdeen. SNU – 37-41 Fraser Pl, Aberdeen AB25 3TY.    There is always a great welcome from the committee and members of this church. 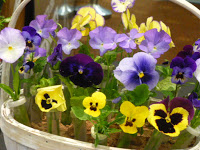 We Should Have Listened to Gordon Higginson and Jock Brown.
A lot of the problems facing humanity today could have been avoided if we had stopped and listened to those who had the planet and its occupants at heart.  Instead, those seeking power and were greedy won the day.  In almost every part of life we have problems instead of success, peace and understanding.  Even in our religion we are losing out as churches close and numbers drop.  It is not as if no one saw was coming.  Had we listened and taken on board what two true Spiritualists warned us about the dangers approaching our religion we might be in a healthier state today.
Gordon Higginson wrote not long before he passed in 1993; –
“I fear for Spiritualism for the year 2000 and beyond,
What is the point of me saying anything because you have your heads buried in the sand.
And from Jock Brown, medium, healer and co-founder of ASK Dunfermline.
“Manmade rules?  Just a thought.
There seems to be a lot of man-made rules concerning sitting in
circles, demonstrating medium-ship in all is forms, healing groups and
sitting for spirit in any way.  It appears to me some people do not even
listens to their inspirers’ or mentors from the spirit world views on
how to sit. I would have thought their wishes would be paramount and we
should be sitting and working hand in hand with them.  It seems the ego
and lust for power has crept in, take healing channels for instance
some seem to think they direct the power however this is not the case
healing power is an intelligent energy and divine power and will apply
healing to where ever it is needed.  A healing channel supplies the
physical energy spirit does the rest.  Many organisations instruct their
mediums how to give messages and attempt to instruct their
communicators’ also.  Surely this cannot be, a medium should be able to
work and blend with their inspirers to find the best way forwards after
all we are all individuals’ as our inspirers are we are not fodder to
be cloned by any-one.
Had we listened to these two gentlemen our religion might not today be closing churches, being looked upon by many as entertainment and a money-making venture for many within the movement. 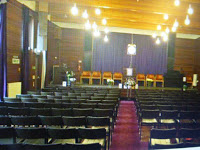 Rochester Spiritualist Temple and the SNU.

In this era of austerity, I am usually for using the money available to house the homeless, feed the hungry and get work training in place for the young.  The likes of appeals to restore old buildings would be far down my list of priorities.  However, there may be one exception The Rochester Square Spiritualist Temple, Camden.  Conan Doyle, the creator of Sherlock Holmes and a proponent of spiritualism, donated £500 of the £600 cost of building the temple and laid the foundation stone in 1926.  Spiritualism has few buildings of historic interest so should an extra effort not be made to restore the Temple?
Developers have plans to demolish the building and build residential units and a gallery.  Surely this cornerstone of Spiritualism in Britain which has hosted the likes on Conan Doyle, Helen Duncan and many other prominent Spiritualists over the years should be saved
The SNU hierarchy and the old members of the Temple could not be further apart as far as a fair solution is concerned. So many comments on social media many contradicting each other and it has now been taken up by main media outlets.  All this is not showing our religion in a good light.
Not knowing what comments were true and what were not I contacted a senior member of the SNU’s NEC.    I asked – “Would you or someone else at the SNU like to give the SNU’s side of Rochester situation”?  And the reply “The SNU declines to comment and there is no church committee, the church closed two years ago so those holding out to be the committee have no legitimate status”.  A short and sharp comment and I would have expected more from the SNU.
That comment is not good enough the SNU not only to declines to answer my question but the questions of many others.  The lack of transparency from an organization that tries to attract members with the comment –
“Join the SNU Spiritualist Community and help us develop the voice of Spiritualism worldwide. Help us through our community to increase the awareness of our Religion and its Philosophy.
It is only with the collective help and support of our Members as contributors and volunteers that we can continue to work towards bringing the knowledge of Spiritualism into the wider world as the ‘World largest Spiritualist Organisation’. It is only by the strength of unity in a common goal that the voice of Spiritualism can grow.
By joining the SNU, you will be able to:
Add your voice to our community
Keep up to date with our movement
Attend, speak and vote at District and National Meetings
Gain discounts on SNU courses
Become active within District and National Committees (Subject to qualification)
Seek advice and support from the SNU about Spiritualism.
I always try to give both sides of any dispute and as the SNU were short and sharp with their side of the story supporters of keeping the Temple open were more forth coming.
Here are a few comments from them taken from the Internet.

According to Psychic News Magazine, the Spiritualists’ National Union did not inform the president and committee of the temple, who were waiting for the church to be refurbished and re-opened after falling into disrepair, had told them the building was to be sold.

Here Conan Doyle lectured as a pioneer of spiritualism

The owners, the Spiritualists’ National Union, have neglected this building and now seek to destroy this heritage to build a block of flats close to the Georgian homes of the square”.
It may be a bit late for both sides to get around the table.  However,
if they do both sides should take a moment to ask those in the higher side
of life for guidance, compassion, and wisdom before they start to talk to each
other. Then give the full facts in writing to all who hold ’individual
members’ status of the SNU.  This nasty situation which would never
have happened in the first place if all had acted according to our
Spiritualist beliefs.  Common sense failed to prevail. 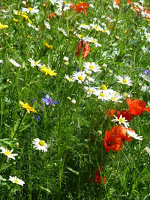 “Fifes Unknown Bairn”
May 1971, a postman found the body of a young boy washed ashore on Tayport Beach. After much investigation by police, his parents were never found and it was thought he may have come from a gypsy family. Tayport folk took the child to heart and donations paid for a funeral and headstone for him Every year since, flowers have been laid on the grave on the anniversary of the death of the lad who became known as “Fifes Unknown Bairn” A few years back. the postie himself died, and as per his wishes, he was buried close to the child.
It caught my eye for two reasons – 1 – I worked for Royal Mail for 38-years.  2 – When I was small my parents took me a walk on a beach just as the body of a man was washed up on the shore.  I did not see the body only a group of people around it. This incident has stuck in my mind ever since, especially as the deceased’s identity was never known.  Maybe we should add these unidentified bodies to our prayers and also add the families who are missing a loved one.