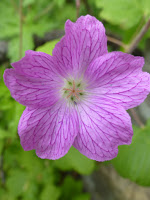 The Wisdom of White Feather.

“When you speak of that which you know to be true, be prepared for
some that disagree and do not want to acknowledge what you have offered. They
will either ignore you totally or deride what you have said.

Furthermore, be ready for attacks that call into question the very
essence of your being and the good that you endeavour to do.

Yet never forget, that if you are overlooked, ridiculed, despised or
belittled as a result of speaking out it is probably because your words have
threatened the very comfort of those who prefer to remain blissfully unaware of
what lies unseen by their vision, even though it is right before them.

Never apologise for saying or doing what you believe to be right. Do the
right thing because it is the right thing to do. ”
White Feather speaks through
Robert Goodwin.
Robert Goodwin (1954 -) is a trance medium and
philosopher. He is the author/co-author of nine books, the latest being Light:
The Divine Intelligence, the follow up and companion to Transcognitive
Spirituality – cutting edge science and spirituality at its best. His books of
spiritual philosophy, received through world famous spirit guide White Feather
have also been compared favourably to some of the finest spiritual teachings to
appear in print.
Words that have brought strength and comfort to so
many.

“There should never
be a door charge for a Divine Service”.

“Maybe a mix, pay at
the door one week and a free will offering.
On saying that it could cause a lot of confusion.

“Some Churches need
a pay at the door system to survive.
This means that a church with such a system is a no-go-area for those with
no money or only a few pence on that night”.

“In many areas there
is a glut of Spiritualist churches and it may be an idea that those who cannot
manage on a free will offering close their doors.  Hopefully their members would move to another
Spiritualist church in the area making it a stronger force in the community”.

“Two churches in
this area were struggling financially and they were reluctant to have an entry
fee.   It was either that or go to the
wall.   Or was it?  They found a way to keep the door charge at
bay.  The presidents of both churches
explained the situation to their congregations and their freewill offering
increased just enough to keep the wolf from the door.  So being honest with your members may be all
that is needed”.

“Some churches hold
one or two special nights a year and that helps to keep their finances in the
black”.

“I feel that many
attending our churches do not realise that rent or council tax, the medium’s
fee and travelling expenses have to be paid”.

“It angers me that
there are those who will only put a few low denomination coins into our plate yet
think nothing of paying £20 plus or more to see certain mediums”.

“Does a medium need
a platform fee?  Sensible travelling
expenses, coffee, cake, sandwich or a meal if they have travelled far.  That should be all”.

“My local church had
pay-at the-door and some weeks as I had only coppers I did not attend.  My position has not changed and as the church
has now closed the nearest S Church is further away. As I could not walk to
this church and the return ticket on a bus is £3.60.  I just cannot win.
My view?  I see both sides of
the debate.  All comments make sense and
it is for each church or area to sort what is best for them.
Yet I think pay- an entrance fee for a divine service should be
taken as a last resort.  It does not do
our image any good and more importantly it can stop those in need of our
sanctuaries coming through our doors.    Some churches have got around this to keep
going by dropping the address.  No
address, no divine service.  Doing this
is weakening the religious aspect of Spiritualism.
On the other side so much has changed since I started out in
Spiritualism over quarter a century ago.
Rents for the use of community halls have gone through the roof and that
is the main problem today.  I am lucky
that I am on the committee of a church that has its own building and not in
dire straits as finances are concerned.
Yet, keeping a graded building up to scratch takes a lot of money.  If I was in the committee of a small church
that rented out a community centre I would do everything possible to keep the
wolf from the door.  Two special nights a
year to help with our bank balance.  If
that failed, then I would prefer to see the church close rather that have an entrance
fee.  Especially if there was another
Spiritualist church close bye.
Yet, all is not doom and gloom as I have great faith in our
members.  Once they know the financial
situation many have that can afford to put a little bit extra in the collection
plate have done so.  There are also the
mediums who should not be out of pocket but should ask for sensible expenses
and if they can forgo a platform fee they should.
***
Feedback on Platform Dress Code.
I knew I would get plenty of feedback on
my comment on ‘platform dress code’.
Here, it is; –
Tom “I
think you lived in an era that is older than dinosaurs.  With almost every comment you want
Spiritualism to be part of the ancient past”.
G

“What does it matter what the platform party are wearing?  The aim is to get an accurate message from a
loved one in Spirit to a loved one here.
It would not matter if the platform group were naked if we achieved our
aim”.  Anon.

“Our church has no problem with the platform dress code.  If a medium turns up not dressed to the SNU
code we say nothing and let them on the platform.  Then, we never book them again.  No use having an argument and lowering the
energies before the service”.  A
“Tom, I have to say in all the years I have been going to
spiritualist churches I have never seen anyone medium dressed inappropriately
on platform. After reading all this I thought jeez……bit of a contradiction
between Miriam’s Beautiful Writing about how progressive Spiritualism is and
yet the rules imply otherwise. How can we stand and preach to congregations
about non-judgement of others and acceptance of others when within the very
organisation there are contradictions? Things like wearing a suit is a bit
outdated now…. some shirt and trousers are what most men choose to be smart
in now and comfortable and as for us ladies……well some of us have hot
flushes and hot feet so sandals are an ideal way to keep comfy. I don’t believe
things should be forced on others, people should have the freedom to dress as
they want. What they are wearing isn’t going to stop spirit working”.  YL
“News readers and mediums are the only people I see wearing ties
these days”. BB.

“Tom, in our early days on the platform we would not have been
on the platform if we were not dressed according to the dress code. So much has
been let slip in the past few years and I fear where it will end”.  BS.
“As you say the tail wags the dog and today the mediums call the
shots not the churches”.

“The only time I do not wear a suit on the platform is when I
take a service at a church in a deprived area.
Too many attending a suit is the sign of authority and many in the
congregation may not have a good experience with authority.  So, at these other churches it is a sports
jacket and the tie I wear”.  T.

“Like any other organization you obey their rules or you go
elsewhere”. ZB.

“Many spiritualists have a lot of talk, but no action.  If guides are as good and helpful as you tell
us they are then surely they will keep the mediums cool in a warm church and
comfortable in a cold church?”

“A church I was serving for the first time told me their strict
dress code.  No problem as I always
dressed that way on the platform.  On the
day the chairman had no jacket and was wearing a polo shirt”.  B.
“Garth Southgate England manager and
several other managers had a tie in the blistering heat in Russia.  No Spiritualist church has ever been as warm as the temperatures at the World Cup. VP
Finally, an email from “ER” which may
have been sent tongue-in-cheek or even have a sarcastic slant towards
spiritualism.  However, it may be closer
to the truth than many of us will think at first reading.

“You spiritualists say one thing and do the others in so many
areas of your so-called religion.  You
talk about the great help and assistance you gertfrom the spirit world.  You often refer to your mediums as
‘ambassadors of spirit’.  Ambassadors
working for governments, industry etc. are well looked after the best is only
good enough for them.  So, surely it is
not too much for spirit guides to keep mediums cool in an extremely warm church
and comfortable in an extremely cold church?
Has air-con not yet been invented in the spirit world yet?

“ER” – In my experience they
do just that.  If there are extremes of
temperature in a church I never notice until I sit down at the end of the
service.
Let us not forget.
As the world rejoices at the rescue of
the twelve young lads and their football coach.
A team of rescue workers from around the world risked life and limb to
safely bring out the thirteen victims trapped in the gigantic cave system.  Let us take a minute out from rejoicing and
think of Saman Kunan, Mr Kunan a former
navy Seal diver who died while taking part in the rescue mission.  Maybe we should take time in
our prayers to say a few words for those who gave up their lives in helping
others.  Especially those who may never
get a mention as they are working undercover for their country or whatever.