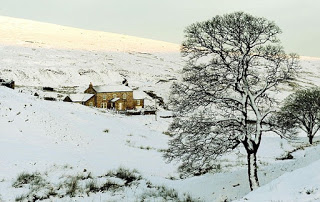 Selecting the Present that will Open New
Horizons.
At this time of the year I think that
our 5th Principle “Personal
Responsibility” should be at the forefront of our minds.  Take personal responsibility and not succumb
to the brainwashing on a commercialized Christmas.  Resist being told to buy the biggest and the
best that will put you into debt that may not be paid off until late the
following year.
I have said many times over the years
there should have been an 8th Principle, “Common Sense”.   I am now at
a stage now where I feel that a 9th would not be out of place, “Tall Oaks from Little Acorns Grow”. Many
a simple gesture takes wings and flies to success.
Take time to think of whom you are
looking for a present for.  Tailor it to
suit their hidden talents.  Hidden talents
that only those of us who are aware will notice.  A small insignificant present may end up being
more treasured than an expensive one and be in use far longer.  Even ask for a little guidance from spirit.
A few years ago, a group of us decided
to do just that.  When Isobel and I were
thinking of a small minding for a young lad who had several health issues.  All of a sudden, we both said in unison a
small bird feeder. We were surprised that we not only thought of this at the
same time, but we had thought of such a thing at all.  On thinking it over the youngster spent most
of his time sitting looking out the back window so this would be ideal.  Little did we realize how much this feeder
and two packets of wild bird food would change this little boy’s life.
He livened up as he watched many
different of species of birds come to his back garden to feed.   He
took so much interest in the birds that his parent’s birthday present for him
the following June was a bird table.  This was followed the following year by a
neighbour building three nesting boxes for Jack.  All this brought Jack out of his private
little world.   He is a different young man these days showing
much more interest in life.  Something he
does not know yet is that his parents have ordered an aviary for his next birthday.
****************************

We
believe in an Infinite Intelligence, who governs all.
We
believe that personal identity and all sentient forms of life survive physical
death.
We
believe that continuous existence and eternal progress occur for all in the
Hereafter.
We
believe in communications with the spirit forms.
We
believe is spiritually linked
We
believe that in the Hereafter, all must account for their actions on earth and
will judge themselves accordingly.
We
believe that all are responsible for the way they conduct their earthly lives.
****************************
Your Comments
RFM – “Tom, your “Everlasting rose bushes “meant
a lot to me. Starting in the early 1940s my grandfather planted a rose bush for
every family member that passed away.
This tradition was passed on to my father and now I am the custodian of
our family memorial rose garden.  There
are rumours that our cottage that has been in the family for four generations
might be demolished to make way for a new massive development. I am distraught
with worry that our beloved roses will flower no more.  Your article gave me a little hope as if your
roses could be replanted elsewhere at such an age ours could too.
****************************
I WANT … I WANT
… I WANT…
Every day you hear
people saying what they want.  Well, this is what I want.
I want people who
are sick to be healed…
I want children with no families to be adopted…
I want people never
to worry about food and shelter and heat…
Most of all I would
like to see people start to care for each other…
Anon.
****************************
G K Chesterton,
Scepticism and Spiritualism, Illustrated London news 1906.
The name G K
Chesterton rang a bell in my mind and it suddenly dawned on me a friend told me
recently that after an operation he could hardly move and the only book within
his reach was quotes by G K Chesterton.  It was not his kind of book
us as there was nothing else within reach, he thumbed through it and nearly
burst his stitches laughing.  The quotes were thought provoking but
John could also see the funny side to them.
“Just going
to church doesn’t make you a Christian any more than standing in your garage
makes you a car.”
“The Bible tells us
to love our neighbours, and also to love our enemies; probably because generally
they are the same people.”
“A good novel tells
us the truth about its hero; but a bad novel tells us the truth about its
author.”
“I believe in
getting into hot water; it keeps you clean.”
“Do not be so
open-minded that your brains fall out.”
“There’s a lot of
difference between listening and hearing”.
“Journalism largely
consists in saying “Lord Jones is dead” to people who never knew Lord
Jones was alive.”

Taken from the Internet.

G.K. Chesterton
****
Website Changes?
This website has
now been online for seven years and has had over 37,000 hits.  There may have to be changes to the site in
the future as the site host’s premium is becoming extortionate.
Wishing everyone A MERRY CHRISTMAS AND A HAPPY NEW YEAR.